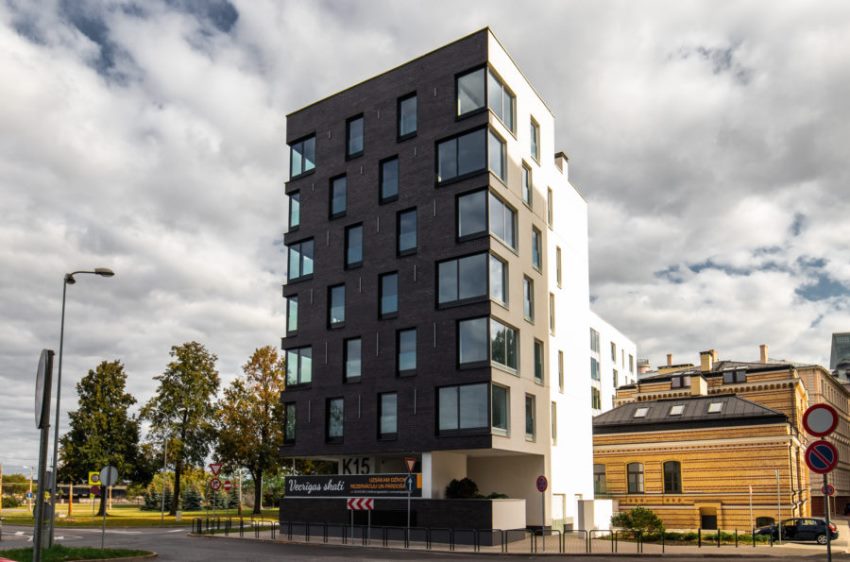 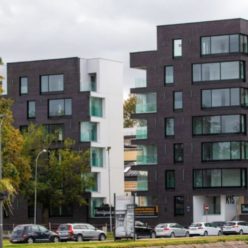 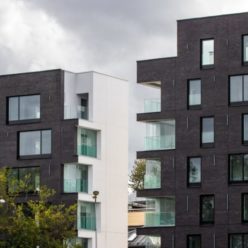 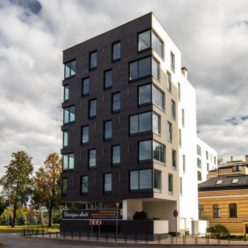 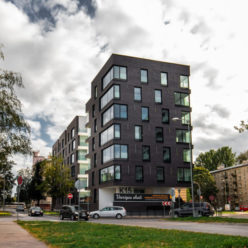 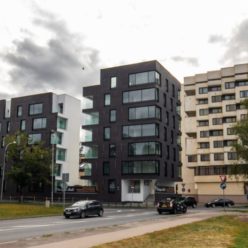 The following finishing materials were supplied by Reaton within the project:

The project plans the construction of the building as a multifunctional object, which is part of a series of important (also publicly used) objects on the bank of the River Daugava and as a “border building” between the inner block space and public outdoor space that will be important in the future on the banks of the River Daugava. The existing characteristic “brick architecture” part of the exterior has been used in the new object, ensuring its perception both from the city exterior and from the interior of the new complex.

In the historic building there are areas of publicly accessible premises – commercial premises, office premises with a wide entrance lobby in the middle of the building – covered public “aisle” from the inner block to the River Daugava, from where entrances can be organised to all functional areas, including the residential area.

Within the project it is planned to construct 32 apartments of a thoroughly considered and practical layout, having an area from 29.5 to 127.6 m2, a representative entrance hall, a landscaped green backyard, storage rooms and 24 parking spaces. The apartments will be offered with full interior finishing. Each apartment has a loggia, from which a view to the Old Town opens up.  Ground floor apartments have private entrances from the backyard. Great apartments in a unique project! The planned total area of the apartments: 2689 m2

Items for home, interior and finishing materials can be purchased REMOTELY by contacting a customer consultant during business hours from 10:30 to 19:00. The product can be received at mc2 WAREHOUSE, 68a Krasta Street, Riga.